Editor’s note: Professor Michael Munger of Duke University thinks students should be allowed to bring laptops and other forms of technology into class. James R. Harrigan, Director of Academic Programs at IHS, doesn’t. This is Dr. Munger’s no-holds-barred argument for allowing laptops in class. Check back tomorrow for Dr. Harrigan’s seething counterargument.

Consider this the Laptops-In-Class version of Keynes vs. Hayek. Rap video to follow.

I have never understood why so many professors believe that students must be prostituted or indentured. But that is what the “ban laptops” crowd is arguing: We can’t count on students to learn voluntarily. So we have to bribe them, or we have to force them to leave their laptops home.

Academics is the only business I can think of that allows itself to blame the customers when the product is lousy. In any other business, we would propose improving the product. But whenever professors get together and have a group séance about “the life of the mind” and how cool our ideas are, you hear them talk, in the next breath, about how bad their students are.

The fact is that laptops don’t waste students’ time; professors do. Laptops are neutral tools. If the professor brings up an interesting topic, the student can Google it, go to Wikipedia, or look up some extensions. They can take notes with links to things that are useful. Or, the student can get bored and go to her friend’s Facebook page and get distracted, thinking “That’s not a real puppy. That’s too small to be a real puppy.”

There is a considerable body of research showing that the maximum sustained period of intense attention the human mind can focus is somewhere between 15 and 30, depending on the student. The model of having a professor read words and the student write the words for 75 minutes ignores the fact the student will likely focus, wander, and focus three or four times during the class. This piece, from 1996 (before laptops or Facebook were problems) makes an interesting point.

“Not infrequently we observe students having lapses of attention. And we’ve found that it’s not enough for us to tell faculty with whom we are working about the problem. They’re often aware of it already…After three to five minutes of “settling down” at the start of class, one study found that “the next lapse of attention usually occurred some 10 to 18 minutes later, and as the lecture proceeded the attention span became shorter and often fell to three or four minutes towards the end of a standard lecture.”

That is, the problem is not the distraction offered by the laptop. It’s the need of the human mind to have things broken up into pieces where concentration is possible, for focused attention is interesting and enjoyable. If the students weren’t looking at their laptop, they would be dozing or doodling.

The same article suggests a solution:

“Combining what we know about attention span and how the mind works, we suggest that lectures should be punctuated with periodic activities. Johnstone and Percival report that lecturers who “adopted a varied approach . . . and deliberately and consistently interspersed their lectures with illustrative models or experiments, . . . short problem solving sessions, or some other form of deliberate break . . . usually commanded a better attention span from the class, and these deliberate variations had the effect of postponing or even eliminating the occurrence of an attention break.” Many of our colleagues also report that when they intersperse mini-lectures with active engagement for students for as brief a time as two to five minutes, students seem re-energized for the next 15 to 20 minute mini-lecture.” 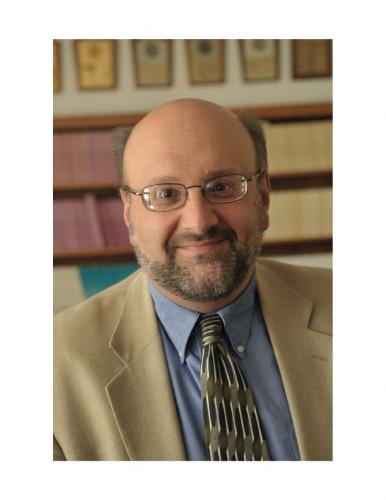 “I not only permit laptops in my classes, I encourage them. I think students of this generation are much better notetakers on laptops than with pen and paper. They spend so much of their lives typing in one form or another, and often while doing other things, that it makes sense to play to their strengths in the classroom. They can type faster and clearer than they can write, and they can listen and type in a way they struggle with when it comes to writing.

I’ve seen the difference in my classes.”